The Bosnian Serb forces carried out the biggest massacre of the Bosnian War in the city of Srebrenica in Bosnia and Herzegovina, which was declared a "safe zone" by the UN Security Council resolution 819/1993, in July 1995.

The order of the events leading to the mentioned genocide is presented below: 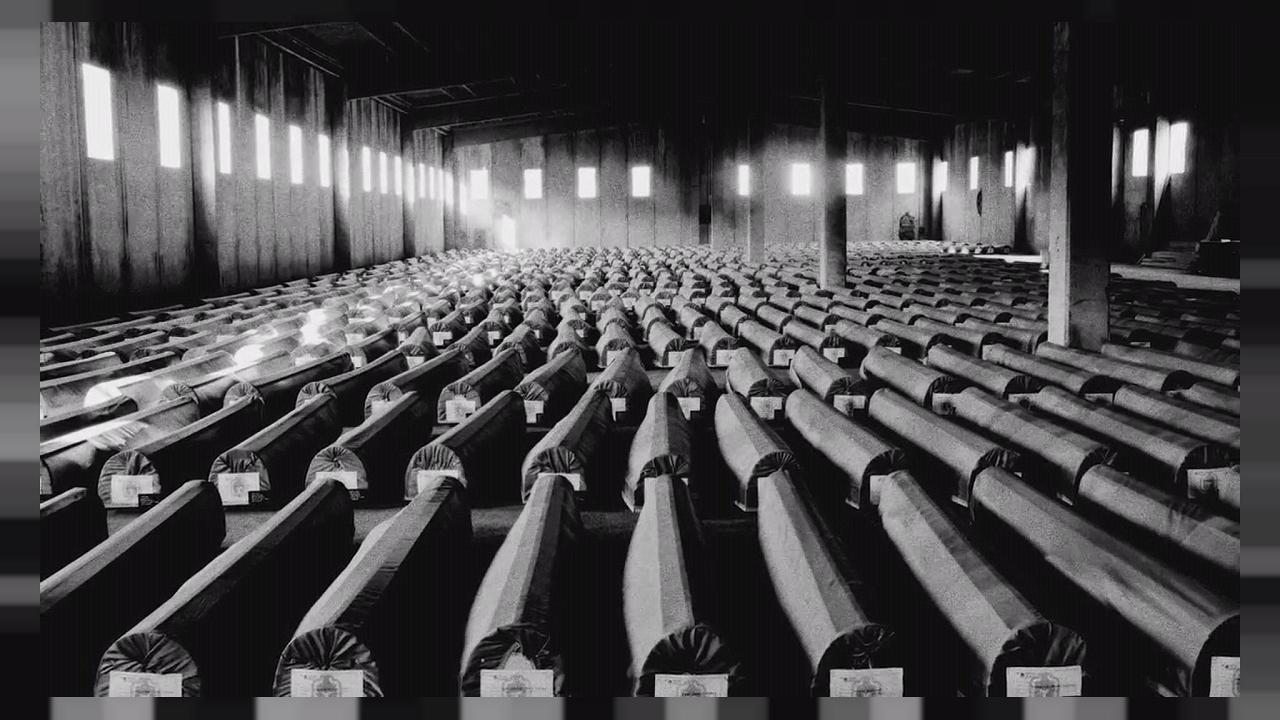 The Bosnian Serb forces carried out the biggest massacre of the Bosnian War in the city of Srebrenica in Bosnia and Herzegovina, which was declared a "safe zone" by the UN Security Council resolution 819/1993, in July 1995.

The order of the events leading to the mentioned genocide is presented below:‍

January 1995: A Dutch battalion came to the region on behalf of the UN and deployed at the battery factory at Potocari, which is about 5 km from the city.‍

April 1995: General Janvier, the Commander of UN forces in Bosnia and Herzegovina, requested the UN Headquarters in New York for a Security Council resolution to increase the UN forces in the region, but this request was refused.

The Serbian siege gradually increased from April to June.

‍July 6, 1995: Serbian forces placed tens of thousands of Bosnian and Croatian refugees under full siege, fleeing the atrocities committed by the Serbian Army in different parts of the northeastern Bosnia and Herzegovina and taking refuge in the town of Srebrenica and the surrounding villages in May 1995. The region, which was protected by 600 Dutch soldiers equipped with light weapons, ran out of food and fuel due to the siege that lasted for months.

‍July 8, 1995: Serbian forces started shelling Srebrenica. The insurgents in the town asked for the weapons they handed over to the Dutch soldiers to be returned to protect their families, but Dutch commander Lieutenant Colonel Karremans refused this request. While Karremans asked for close air support from the United Nations headquarters in Sarajevo, Serbian artillery started to hit the refugee camp and peacekeeping buildings.‍

July 9, 1995: All of the refugees in the south of the town, who fled from the violent Serbian bombardment, took refuge in Srebrenica. Serbs captured a Dutch military post and took 30 Dutch as hostages.‍

July 10, 1995: Lieutenant Colonel Karremans once again requested air support after the bombing of Dutch positions. United Nations Force Commander General Janvier in Sarajevo firstly rejected this request, but then the aircraft took off at Karremans' insistence. Nevertheless, the Serbs stopped the attacks before the aircraft reached the Serbian positions.

4,000 refugees, fighting with hunger and thirst, took shelter in the headquarters of the Dutch soldiers in the town centre on the same evening. Lieutenant Colonel Karremans calmed the refugees down by saying that NATO aircraft would launch an airstrike if Serbian forces did not leave the region until 6 am.‍

July 11, 1995: As a result of the dispute between Lieutenant Colonel Karremans and General Janvier, the Commander for the United Nations in Sarajevo, no air operation was carried out, and the aircraft returned to their bases in Italy. As of midday, 20,000 refugees, most of whom were women and children, took shelter in the Dutch Base at the battery factory at Potocari.

In the afternoon, two Dutch aircraft bombed the Serbian positions with the permission of General Janvier. However, air operations were stopped when the Serbs threatened to kill 30 soldiers they captured and bomb the refugees.

Ratko Mladic, the Commander of the Serbian forces, entered Srebrenica along with a Serbian television crew at 16:30. In the ultimatum he gave to the Dutch commander, Mladic asked Muslims to hand over all their weapons.

July 11 was chosen as the Day of Commemoration, as Bosnian Serb forces gained control of the mentioned region from the international forces on July 11, 1995.‍

July 12, 1995: The buses that would take refugee women and children to the Muslim region of Bosnia arrived in Srebrenica, and all the men between the age of 12 and 77 were detained to be questioned. The detained men were placed in sheds and camps.

By nightfall, about 15,000 Bosnian insurgents began to leave the town through a corridor left empty by the Serbs, and hundreds of people were killed on the mined roads by the artillery fired by Serbian forces.‍

July 13, 1995: Dutch peace forces started to take around 5,000 refugees out of their main base at the request of Serbians. Most of those evacuated from the base were killed by Serbian forces. Hundreds of Bosnian men were executed by the firing squad in Kravica, a nearby village.

July 16, 1995: The first news about the massacres in Srebrenica started to reach the world public, and having arrived in the Muslim region of Bosnia and Herzegovina after a long march, the refugees announced the horror they witnessed to the world.

As a result of the negotiations between the UN and Serbian forces, Dutch soldiers were allowed to leave Srebrenica on the condition that they leave their weapons, food, and medical supplies.

- The chief architects of the massacre were the Bosnian Serb leader, Radovan Karadzic, who was also the former President of Republika Srpska, and former Supreme Commander of the Armed Forces, and General Ratko Mladic. The trial against Karadzic at the ICTY was concluded on March 24, 2016, and although he was responsible for the genocide in Srebrenica, he was found not guilty for his acts in Bratunac, Foca, Kljuc, Prijedor, Sanski Most, Vlasenica, and Zvornik, and sentenced to 40 years in prison. This situation caused great disappointment for the Bosnian community and the families of the victims in Bosnia-Herzegovina, and as a result of Karadzic's application of appeal, the International Residual Mechanism for Criminal Tribunals converted Karadzic's sentence into life imprisonment at the appeal hearing held on March 20, 2019.

As for Mladic, in the case that started in ICTY in May 2012, the decision was announced on November 22, 2017, and Mladic was sentenced to life imprisonment for "genocide," "crimes against humanity," and "war crimes." The appeal hearing of Mladic, who objected to the decision, was held on August 25 and 26, 2020.

- The international community, which failed to intervene in the events in time and take the necessary measures, is also shown as one responsible for the atrocities in Srebrenica. In the case brought by the victims of the Srebrenica genocide to the Netherlands Supreme Court against the Dutch Government, the Dutch government was found responsible for the deaths of people handed over to Serbian forces by the Dutch battalion under the UN.

The construction of the Mausoleum, where the victims of Srebrenica who were extracted from mass graves in various regions of Bosnia and Herzegovina and who were identified as a result of the DNA tests were buried, was started on July 11, 2001. It was inaugurated on September 20, 2003, at the commemoration ceremony held with former US President Bill Clinton's participation.

In this context, the ICTY, which was established to examine the massacres in the former Yugoslavia, the purpose of ethnic cleansing, and other severe violations of international humanitarian law, decided that the massacre in Srebrenica was "genocide." 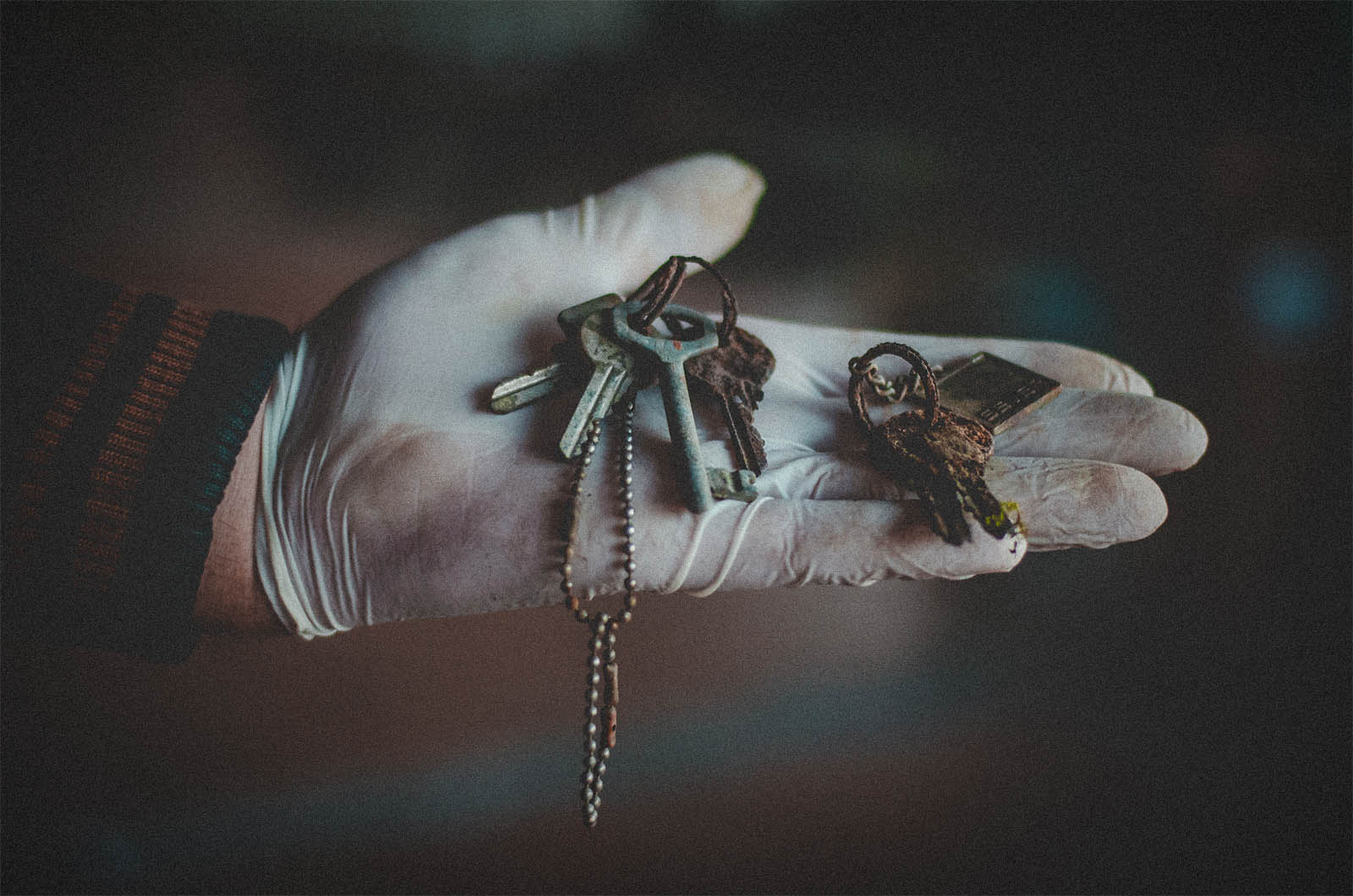 The International Criminal Tribunal for the Former Yugoslavia (ICTY) was established as a body of the UN Security Council. As stated at the beginning of the text on the status of the ICTY, this Tribunal is defined as the "International Tribunal established for the prosecution of persons responsible for serious violations of international humanitarian law committed in the territory of the Former Yugoslavia since 1991 based on Chapter VII of the United Nations Charter."

In this context, the ICTY, which was established to examine the massacres in the former Yugoslavia, the purpose of ethnic cleansing, and other severe violations of international humanitarian law, decided that the massacre in Srebrenica was "genocide."

The decision of the ICTY in 2016 held that Radovan Karadzic, the leader of Bosnian Serbs, committed the crime of genocide in the Srebrenica region in 1995 and that he was also responsible for persecution, extermination, murder, deportation, inhumane acts, terror, unlawful attacks on civilians and hostage-taking.

The decision of the International Court of Justice dated February 26, 2007, also confirmed that the massacre in Srebrenica was genocide.